I like reading history books from time to time. And I'm interested in the ways in which large-scale systems succeed or fail (I've recently chaired the production of a module on the subject). Systems don't get a lot bigger than whole countries, so a history of the fall of countries appealed to me. And by accident I found one by an author I've liked previously, Norman Davies (author of Europe: A History and The Isles among many books). Davies' book is called Vanished Kingdoms: The History of Half-Forgotten Europe, and it gave me much to think about in the way we construct narratives of identity, building and rebuilding information about who we are and where we come from.

The book presents fifteen states which once existed and no longer exist, as least as independent states: Tolosa, Alt Clud (the ancient British kingdom later called Strathclyde), Burgundy, Aragon, Litva (Poland-Lithuania), Byzantium, Prussia, Savoy, Galicia, Etruria, Saxe-Coburg-Gotha, Montenegro, Carpatho-Ukraine, Eire, and the USSR. (Two of these states do once again exist: Montenegro ceased to exist for decades but is now as independent state, and the chapter on Eire is about the progressive retreat of the UK from the island of Ireland.)

Well, all flesh is as grass (one of my favourite bits of Brahms' Requiem), but that's not really the point of the book. The point is that many of the states described in the book were once considered powerful and important, utterly safe, likely to continue for ever. And then they didn't. I've written elsewhere on this blog about the rapidity of changes in states. But the thing that's so fascinating in the book is the ways in which some of these states, once they ended, became forgotten as a marker of identity. Once, to be a Prussian was a significant thing, a way in which people conceived of themselves; few do so now. Once, the kingdom of Savoy-Piedmont-Sardinia was a signficant and important state and its subjects thought well of themselves; this identity doesn't exist now. And as for Alt Clud (my own native region) - well the people of the West of Scotland might just about remember that Dumbarton was once their capital, but only in a very vague way, and its boundaries and histories are very poorly known.

So it really matters that much of the national identity of Estonia was once deliberately suppressed by the USSR, or that Poland-Lithuania completely ceased to exist for two centuries and had to be rebuilt, or that (not one of Davies' cases) Scotland was unsuccessfully rebranded as North Britain in the mid-18th century. In different ways, each of these was a failed attempt to create a narrative, to shape the identity of a people. Likewise, although Hitler infamously said "who now remembers the Armenians?", the Armenians and their genocide in the last days of the Ottoman Empire have not been forgotten. 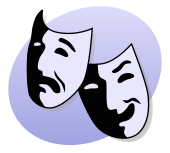 But other identities have been lost, narratives shaped deliberately or unconsciously. As I said above, few people now see themselves principally as Prussian, or Savoy-Piedmontese, or natives of Alt Clud. Even the once-great kingdom of Aragon is slightly lost to history - Catalunya may have a thriving independence movement, Aragon rather less so. And the history of Burgundy is even more interesting, comprising areas now considered part of Italy, France and Switzerland, even though the name has lived on solely in France.

Many of my points above, if read by political activists of various stripes, might be disputed. Some might say that my information is lacking! Or perhaps that of Norman Davies (though I may well have misrepresented him in places). And certainly some of what I say about particular identities can be contested. But that emphasises my point: that political identity is not a static or objective thing, but is something that shifts and is created and is the subject of competing narratives. And that makes it a subject deeply bound up with our understanding of the information we hold about ourselves and others.