Hope in the darkness, hope in the apocalypse: a sermon for Advent Sunday 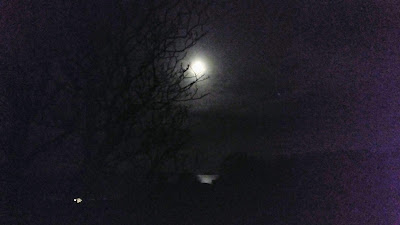 This is why, as a Scottish Presbyterian who grew up without much awareness of liturgical seasons, I’m now really keen on Advent. Because it’s a solemn time. The gospel readings are full of doom and woe and foreboding, solid Presbyterian themes. But let’s face it, also themes which resonate with today’s world. And they’re threaded through with hope, with words of consolation and reassurance that look forward to the future. Because we know that 2000 years ago, a baby was born in difficult times and in difficult circumstances, and that baby ushered in a new world. And we’re promised that one day the world will change, and the kingdom of love and hope will surround the whole world, when Christ comes again. And that to me is the hope of Advent.

But we can’t get there the easy way. There’s no point in Advent, no point in Christmas really, if it’s all about sentiment and jingle bells. Let’s not mince words. The world’s in a terrible state just now. Authoritarian and far-right leaders are in power in Brazil, Italy, Turkey and the United States among others. Our own country is split down the middle over Brexit, facing an uncertain future with little prospect of a positive outcome. Homelessness and food bank use are increasingly rapidly. The oceans are polluted, with coral reefs dying and plastic waste everywhere. Global temperatures are rising to dangerous levels, maybe to the point of irreversible damage. And many of us have personal stories to match.

Yes, there have been worse times in history. And who knows, there could be worse to come. But just now feels like a really dark time. So it’s timely to think about apocalyptic pieces like this one we heard, with the sun and the stars and the sea and all that. Now apocalyptic literature needs to be treated carefully. There was a lot of it written around the time of Jesus, and it had a very specific form and purpose. It’s not prophecy. It’s not to be taken literally. It’s partly poetry, partly commentary on the current world, partly a cry for help. Because apocalyptic literature grows when people are oppressed. The book of Daniel was written when a Greek king threatened to destroy Jewish worship in the temple at Jerusalem. The book of Revelation was written when the early Christians were being persecuted across the Greek-speaking Jewish world. And the various apocalyptic stories of Jesus’ time were told and written under Roman persecution of the Jewish people, culminating in the destruction of Jerusalem.

But you need to read it carefully. In the weeks leading up to Advent two years ago, I read and blogged my way through the book of Revelation, the longest and most vivid piece of apocalyptic writing in our scriptures. That’s an extraordinary book, full of incredible imagery and poetry, weird symbolism, vicious commentary on the wickedness of the Roman empire, and texts so beautiful that they’ve been set to music by some of the greatest composers. My head was full of song as I read Revelation. But what I found I couldn’t do was look at it directly. It’s like one of those optical illusions by Escher - it only makes sense if you look at it from the side, if you look at it head-on your eyes go funny and your brain hurts and nothing makes sense. And one of the great problems with Revelation is that it’s read as if it was a weather forecast, and you get bizarre American websites tracking the events of the book against real life and scoring how close we are to the events shown, or trying to make movies and popular books showing the events of Revelation in our current world. None of that makes any sense of the book, and at worst it can be actively harmful if it’s used as a guide to policy or life.

And all this goes with our passage today. I don’t believe that the detail of the signs Jesus is talking about are important. He’s using these as symbols, within the accepted style of the time, to give a clear message about what happens in situations of disaster. He says that the signs will be clear that the kingdom of God is coming near. The form of the disaster isn’t so clear, but what is entirely clear is that the kingdom of God is coming.

Now that’s a hopeful kind of apocalypse. And it goes back to another Jewish theme, the coming of the Day of the Lord, which is a day of judgement and trial for evil forces in society, for those who put others down, but for ordinary people is a day of hope and a day of celebration. This is the promise given through the prophet Jeremiah in the Old Testament reading that we heard – that God will fulfil his promises, and will save Jerusalem and Judah through the descendants of David. We hear this as relating to Jesus, as a descendant of David, but it’s a promise given to the Jewish people in a time of their great need. It’s a collective promise rather than an individual promise, a gift given to a whole people who were suffering and struggling. Jeremiah has a reputation of being a rather gloomy prophet, but that section of the book is sometimes known as the Book of Consolation and it’s full of reassurance and hope for the people of Judah in dark times.

And in the same way Jesus offers reassurance and hope in dark times. He tells us that the kingdom of God is near. That phrase is familiar and occurs throughout the gospels, but here he uses it to refer to the coming kingdom at the end of days, when the justice and righteousness that Jeremiah promises will spread throughout the whole world. He says that his words will never pass away, that redemption is coming soon.

All this is more important than the troubles that will be found in the apocalyptic times. And so Jesus instructs his disciples to be alert, to be watchful, to be ready for that day to come. Now we know when Christmas will come – 3 weeks on Tuesday, check those last posting dates and the deadlines for turkey orders – but we have no idea when that second coming will occur. The early Christians believed it was imminent – there is a statement of that in Jesus’ words that “this generation will not pass away until all things have taken place”, and there are many occasions when St Paul writes of expecting the second coming happening within his own life. In the ensuing Christian centuries, people have often believed it to be imminent, and lived their lives accordingly.

In the strict sense of the calendar, they were wrong. Christ has not come again in glory, evil still walks on the earth. And yet the process of waiting, of watchfulness, of readiness for the kingdom is a very powerful one. For if Christ could return at any time, how can we not be ready? If he has instructed us to love our neighbour, indeed to love our enemies and pray for those who persecute us, to feed the hungry and to clothe the naked, how can we possibly not be doing those things right now? This instant! How can we possibly be so self-indulgent as to hate others, or to allow those who work in our name as churches and governments to treat others badly? How can we tolerate mistreatment of immigrants, or allow poverty to persist, or permit prejudice and discrimination in all its ugly forms? Because Christ could be coming back any moment, and he will call us to account for the keeping of his word. That’s the kind of watchfulness that I think he’s calling us to in this passage – to live as though the kingdom of God has already arrived, to live in that upside-down kingdom where the powerful are brought down from their thrones and the hungry are filled with good things. And that’s a true calling of watchfulness.

There’s another way in which we can look for the second coming. Various religious groups have believed that Christ had already come again, such as the early Quakers for whom the return of Christ was an inward experience. George Fox, the founder of Quakers in the mid-17th century, said that “Christ has come to teach his people himself”, and this led them to challenge the powers of the world and still animates their mixture of social action, radicalism, and contemplative worship. In a more mainstream form of liberal theology, the late American theologian Marcus Borg wrote:

So perhaps this is the hope for Advent, and the message of this passage. In the midst of desolation, in the midst of despair, be watchful, be ready, live your life so that Christ can come again within you and among you at any time. And he will give you strength, and hope, and new life and transformation.

Posted by Magnus Ramage at 22:07 No comments: